Call Me By Your Name

Call Me By Your Name by André Aciman (professor at the Graduate Center of City University of New York) was first published in 2007 and has recently seen a major surge in popularity thanks to the release of the transcendent film of the same name.

Rarely is a film able to hold ground with its literary counterpart, but in this case both the novel and the film are each legends of their own merit. Both complimentary and independent, the novel and film are lovingly intertwined both offering their own insight and emotions serving only to augment and not detract from the other.

The novel, a Proustian styled romance as told from the recollections of its main character Elio, unguardedly recounts the events of Elio’s first love during an Italian summer some 20 years prior. Aciman transports and immerses the reader into the emotional and tender realm of the awakenings of a boy on the cusp of becoming a man struggling with identity, desire, love and loathing.

The film, expertly directed by Luca Gaudagnino with a screenplay by James Ivory, is a slow-burning, emotive visualization of the angst of first love. The outstanding performances of Timothée Chalamet (Elio Perlman), Armie Hammer (Oliver) and Michael Stuhlbarg (Elio’s father) only lend further depth to the rich tapestry of the emotional longing and turmoil laid out in the source novel.

A new page on EnglishCaddy has been created to host different book and film activities for English learners and lovers of the story in general.  Many of these activities are designed to help develop a personal relationship with the story, and find some of the deeper conections we find with the summer story of Oliver and Elio.  Click here to visit the Call Me By Your Name page on EC.

Experience the novel, the film or both. As Elio confirms while trying to rationalize his sexual feelings, “We are not written for one instrument alone; I am not, and neither are you.”, and neither is this this story.

When a good book is made into a film, the role can make the actor, but when an original story is born in the cinema, it's the actor who makes the role.

In 1977 the world fell in love with Star Wars.  The relatively unknown actors who first appeared to the public in the roles of the iconic characters of the Star Wars saga, quickly became fused with their parts and it was difficult for the fans to seperate the actor from the role. For us, Carrie Fisher was Princess Leia, and Princess Leia was Carrie Fisher.   So when the woman we first fell in love with as Leia died, our Princess died with her, and it hurt.

Godspeed Carrie and thank you for the joy you brought to so many people.

14 Great Facebook Pages for Science Lovers of All Kinds!

Facebook isn’t just about Justin Bieber…! Here is a list of some very interesting, informative and active Facebook pages. On these pages you will find information, pictures, facts and discussions about the latest discoveries, research techniques and news in the world of Science.

These pages are a great way to integrate learning into your social media and spice it up with a little science and knowledge.  Enjoy!

Why I (Personally) Dislike TED

Many students are quite surprised when I list "No TED!" as one of the class rules each semester.  Certainly when we teach in language resource center, TED Talks would be a wonderful resource for undergraduate and graduate students learning English.

But here's a few notes on why I disagree.

1) The over vulgarization of Science.

The short videos offered by TED Talks, are just that too short.   In attempt to condense the information into bite size, consumer digestible morsels, a lot of the important information is sacrificed.  This presents a problem for the viewer because with the simplification and omission of many of the unfortunately tedious details that is Science, the viewer and in many cases the media, simply does not have enough of the facts and details to form an educated opinion or complete understanding of the subject presented. (See video below)

2) The credibility of the information

Just a couple of harmless (unless you donated money) examples, but there are many TED Talks where presenters speaking about health issues, are simply using TED to increase their visibility, prolong their funding or seek funding.  In these cases the information presented in usually incompletely, poorly gathered, and falsely presented.

3) The misrepresentation and false depiction of science.

In part because of the over simplification practices the videos employ, the presenters/speakers give the impression that we have everything we need to "cure" or "solve" something, we just need to "change our perception"  and it will be all better. When in fact, we still have a long way to go, and a lot of research needs to be performed in many of the areas of science.  Miracle cures are seldom miracles, and instead behind scientific discoveries are years of research, teams of scientists, hundreds of publications, and pages and pages of peer review and hours and hours of testing.  Also a large percentage of topics are merely anecdotal and have endured no science based analysis at all.

Asking students to use TED Talks to learn both English and Science is the same as asking students to use  tabloids to learn about news events and the world around them.  Is TED all bad, no of course not.  For example, TED Ed provides many wonderful informative videos that correspond with what students are learning in schools and help supplement that learning with visuals and detailed explanations, that can watched and rewatched.

As teacher's it is our responisibilty to elevate the students' knowledge and cognitive abilities, and for me tabloids and tabloid science only do the opposite.

Here are some interesting videos on the subject.  The first to TED's credit, is a TEDex Presentation by Benjamin Bratton, and the second a parody of TED Talks by John Oliver May 8, 2016.  Because there's always a truth in humor.  Enjoy!

Recently in our very own galaxy...

A very special film has appeared... A film that has awoken the Force
planted in the soul of a generation of children long ago.

Several films were introduced in an evil attempt to
exploit this seed and make huge amounts of money, but this generation remained
wary... and the Force remained dormant.

Until a new film was released... A new film nurtured and formed
in the very bosom of the generation in which the original seed was planted.

And this time the Force awoke...

(repost) A collection of the scariest stories for middle-grade readers. Explore the world of the macabre through these spine tingling tales written by great authors like, Dahl, Poe, Twain, Shelley and Lovecraft.

Have a Happy Hallowe'en!!!!

If you're having a Hallowe'en party this punch will make a great centerpiece for your table! 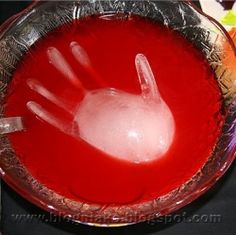 Step one:
The night before your party, rinse and then fill the gloves with water. Tie each one off and place in the freezer. Make about 12 of these if you have the space.

Step two:
An hour before your party stir together in your punch bowl:

Step three:
Remove frozen gloves from the freezer and cut out the ice hand inside.

Step four:
Place 2 or 3 ice hands in your bowl (depending on the size). You want enough surface so your ice hands float unencumbered in the punch.

Have a Happy Hallowe'en!

No need to fear death, when he is as cute as this!

Click here to visit the blog page on Urban Threads.

Turn off the lights and turn on some these macabre radio series.  Also known as theater for the mind, these twisted tales send your imagination into a technicolor overdrive leaving you with intense nightmares!

A collection of the scariest games guaranteed to make you sweat!

Here is just a sample of what awaits you...

Don't forget to turn off the lights!